Back in 2004 the football player Terrell Owens burst into the limelight. He was picked up by the eagles and helped bring the team to the Superbowl. He was a consistent scorer and an amazing player. One of the best wide receivers ever seen in the game.

Unfortunately his attitude overshadowed  his greatness. He fought with players and management, disagreed with their decisions and brought a media shit storm.

His feud with quarterback Donovan McNabb was famous.

Ultimately the eagles let him go and he went to the cowboys. They had the same experience and let him go too. He floated around a handful of other teams and now his reputation precedes him making him basically unhirable.

He pissed away a potentially incredible career because of his terrible attitude and inability to work with the rest of his team.

For all his skills, he wasn’t worth keeping on the team.

Moral Of the Story

The most important trait you need in order to be successful is your attitude, not your skills.

Without a doubt you need to have the ability to perform the duties of your job. However, being confrontational or a poor team player affects more than just your work, at its worst it can affect your entire team.

At our company, we will always hire a person with good skills and an excellent attitude over the rock star with a complex.

If an employee has the right attitude, I can train them to have the skills we need. They might not be a rock star, but they can be solid. No amount of training will turn someone with a poor team work abilities and an obstructionist view to have a good attitude or work well in a team. And its not worth your time to try.

No team member is worth damaging your team just because they’re good. There are lots of talented people out there with good attitudes.

This goes for you too, bosses.

A Tale of Two Contractors

Several years ago when we started growing our consulting company, two contractors we hired were at similar levels as far as skills, pay, and hourly availability. Only one of them is still with us solely because of their different attitudes.

As far as their approach to work, they couldn’t have been more different. The contractor we let go is extremely talented and scary smart, but their intelligence made it almost impossible for them to work with the team. If it wasn’t their idea they just didn’t get it.

Now we make careful hiring decisions to weed out bad attitudes from the start. We hire for attitude, train for skills.

• Willingness to learn.
Understanding they don’t know everything and don’t have all the answers

• Good Communication
Communication is key in an organization. A team member who doesn’t communicate can make a problem worse or double up on work.

• Good ideas and the ability to express them.
Everybody has good ideas. Not everyone can express them without cockiness and insulting people around them.

• Ultimately rally behind a decision, even if they don’t agree.
Not everyone in a group will agree with every decision. I wouldn’t want a group that agreed about everything. But once a decision is made, good employees will get behind it for the common good.

How does your attitude look? How do your hiring decisions take this into consideration? 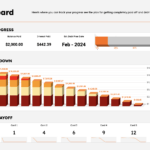 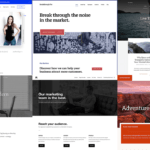 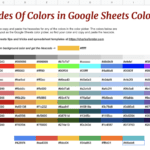